Sugar River Bank, through its highly trained and motivated workforce, will strive to exceed the expectations of its consumer and business customers, while operating profitably as the “Hometown Community Bank”. 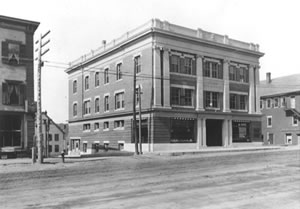 The Sugar River Bank was authorized to do business in the Town of Newport by a special act of the New Hampshire Legislature passed in 1895 and signed on March 16, 1895 by the then Governor, Charles A. Busiel. The original charter members of the Corporation were listed in the act as Charles M. Emerson, Carlton Hurd, George H. Bartlett, William C. Stocker, N.P. Baker, Elisha H. Carr, William H. Perry, Sylvanus G. Stowell, Hiram B. Cheney, Shepard H. Cutting, George H. Woodbury, Sumner Fairbanks, and Perley A. Johnson. Other members were admitted to the Corporation as the year 1895 progressed until there were thirty-six in all, conforming to the bylaws of the Corporation which provided that there should be no less than twenty nor more than fifty members of the Corporation.
The first act of the Incorporators of the new bank was to elect from their own number a Board of Trustees, who were directly responsible to the Incorporators for the future operation of the Bank and these men were E.H. Carr, George H. Woodbury, N.P. Baker, N.A. Smith, Carlton Hurd, A.J. Hook, and R.E. Bartlett, seven in all, again conforming with the bylaws which specified that the Board of Trustees should be no less than seven nor more than twelve. The Trustees then proceeded to elect the Officers of the Bank who were Carlton Hurd, President; N.P. Baker, Vice President; and Perley A. Johnson, Treasurer and Secretary.
The Bank started its operation in the same quarters occupied by the Citizens National Bank, which had come into being exactly ten years previously, in the brick building located on Main Street that once served as the Newport Police Department. The original bank vault is still in the building.
At some point in the early years of the Bank's operation, one of the Trustees, A.J. Hook, began to accept bank 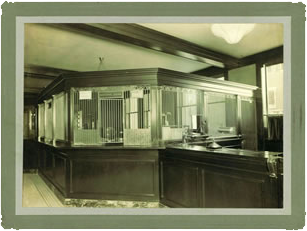 transactions in his insurance office located in Warner, New Hampshire, and thus there came into being what may have been the first branch bank in New Hampshire. The Warner office served as an outpost of both the Sugar River Bank and the Citizens National Bank serving the people of Warner and the surrounding vicinity with all of their banking needs.
From a comparatively small beginning, the growth of the two banks was such that it became apparent that larger banking quarters were required and as a result, plans were laid for a new and larger home for the banks. The Citizens Bank Building was erected in 1912 on the site of the former residence of the Claggett family, directly across Main Street from the original building, which is presently the location of M.J. Harrington Jewelers.
The founder and first Treasurer, Perley A. Johnson, served as Executive Officer of the Bank from its incorporation in 1895 to his death in 1928. He was succeeded in office by his son, Carroll D. Johnson, who held office until his retirement in July, 1956 and in turn was succeeded by Kenneth P. Stoddard. With few interruptions, the strength and stability of Sugar River Bank has been the strongest during its lifetime, surviving the severe depression of 1929 with hardly a pause and continuing until today.
The Bank continues to grow at a healthy pace. We have continued to do well and be a leader in our industry. Our main branch was expanded in 1982 and we now have branches in Sunapee, New London, Warner, Grantham and Concord. We at Sugar River Bank are proud of our history and growth. It is the responsibility of each and every member of our Bank's family to insure continued growth in the future.
Until August of 2007, Sugar River Bank was doing business as Sugar River Savings Bank. On August 8, 2007 the word "Savings" was removed to more fully describe who we are: a community focused, full service bank dedicated to the needs of both retail and business customers. 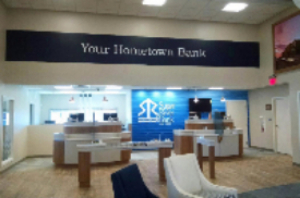 In August of 2011, the bank formed Sugar River Bancorp, MHC. The formation of the mutual holding company offers corporate flexibility and preserves the mutual form of ownership as it remains the sole shareholder of the bank.
On April 20th of 2015, the bank opened its sixth branch located at 198 Loudon Road, Concord. As the desire for "hometown" community banking grows, Sugar River Bank was pleased to offer the citizens of Concord the same exceptional, local, and personalized service it has offered its customers since 1895.